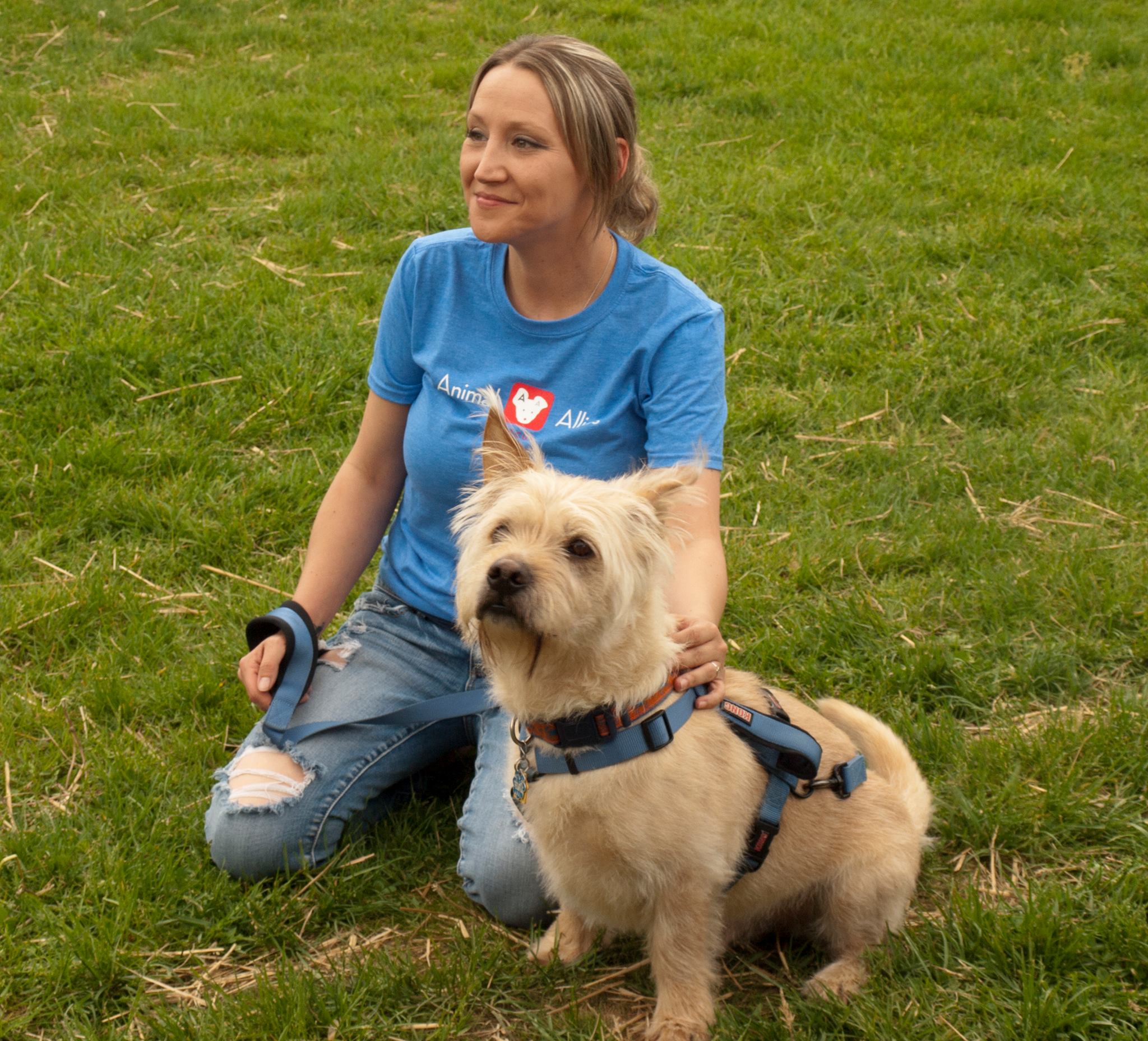 We thought it might be fun for our AARF friends and fans to get to know more about our board members and lead volunteers. We’ll be asking them the same questions to learn more about them and how they became involved. Today’s spotlight is on AARF Vice President Jamie DeRita-Rodriguez!
What was your first pet? I had animals for as long as I can remember. The first animal that was truly “my” dog was Telly. She was an awesome little mutt – who knows what she was mixed with. She looked like she had a tad of everything in her!
How did you get involved in rescue? I always had a love for animals. As a kid, I wanted to be a veterinarian. Life took me in a different direction, but my love for animals never swayed. I saw a post for a dog needing a home or he would be taken to the shelter. I couldn’t understand why or how people could do such a thing. I adopted that dog, Cam, who is now my BFF. I can’t imagine my life without him. He truly is my soul animal and I love him more than life itself. Adopting him opened my eyes to the whole rescue world. I immediately realized that I could make a difference and that this is what I was put on this earth to do.
That was almost five years ago, and boy, has my life changed in those five years. I wouldn’t change a minute of it. The Baltimore rescue world is full of some of the most dedicated, selfless, caring, and compassionate people who would give you the shirt off of their back. My life has changed for the better so much by just being able to be a part of this crazy rescue life and working with these huge-hearted people.
What drew you to AARF? I saw a post from AARF asking for help with one of their dogs. I donated and then checked out their Facebook page and website. I stumbled upon the volunteer app and thought, “Why not?” Shortly after, I spoke to Jackie who was the volunteer coordinator back then. Jackie was my very first rescue contact and she walked me through a few things then put me in charge of the AARF webmail. Things just kind of took off from there. Gradually adding more and more rescue responsibilities, I started to get a grasp on how things worked and I loved it. I finally found people that were like me – crazy loving animal people!
What’s your favorite thing about AARF? My absolute favorite thing about AARF is the people I work with. AARF is made up of some of the most devoted, non-drama, talented, huge-hearted people I have ever met.
Where do you want to see AARF go? I love the education side of AARF. I haven’t been involved in that part yet, but I would love to throw some ideas at Cat Rescue Coordinator Cindy Wright and see where we can take those ideas. I truly believe that nothing will change if we don’t change how people think. If people think it’s okay for their animal to live chained outside, their animal will live chained outside. If people think it’s okay to abandon an animal they no longer want, they will do it. If people think it’s okay to abuse an animal, they will continue to do it.
I would really like to help AARF educate more people. That’s the only way we will be able to truly slow the abuse, neglect, and surrender of animals. Until then, AARF will still be here to deal with the aftermath of people’s poor decisions, but I’d really like to get ahead of some of the poor decisions before they’re made. I believe AARF can do that. Maybe even teaming up with other organizations who are already implementing similar programs. So, in short, I see AARF continuing to grow and do the amazing things we have been doing and adding a stronger emphasis on the education part.