AARFily Ever After: Ralphie, Edward, Mo, Pavlov, Sam and Figaro!

Ralphie, Edward, Mo, Pavlov, Sam and Figaro have a SPRING in their step since they have been ADOPTED! Enjoy their AARFily Ever After stories! 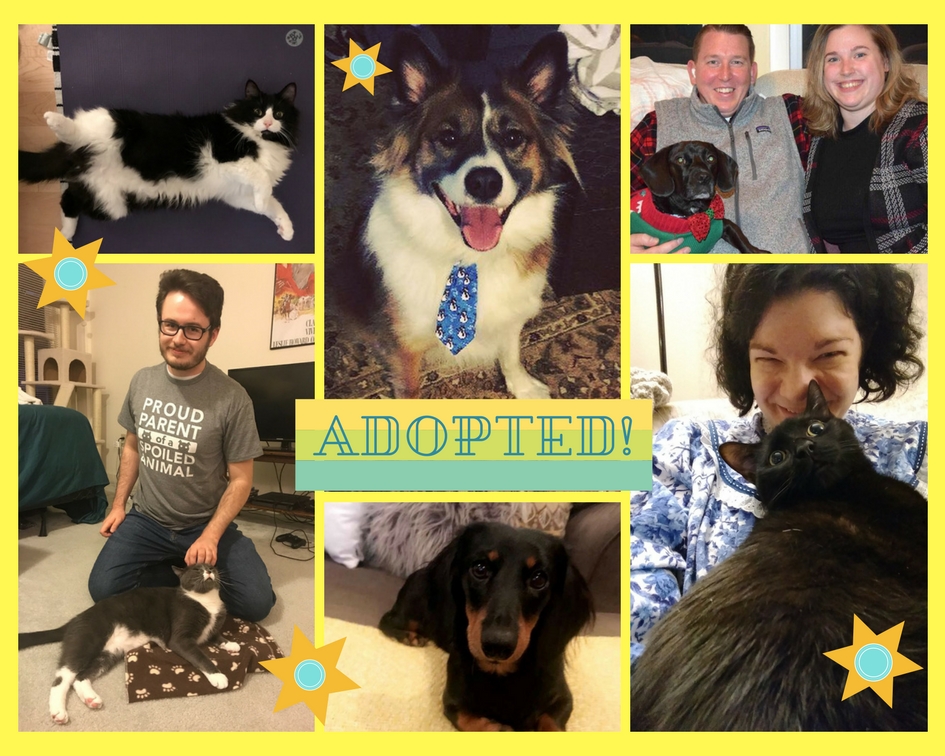 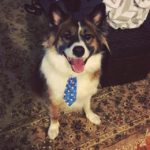 Two-year-old Ralphie was given up by his owner because he was very nervous around the high-energy children in his home. After joining our rescue, Ralphie was adopted by Pamela and her husband and has been living the life of a king! He loves being a big lap dog and snuggle with his dad on the couch. He has tons of toys like a spoiled dog should, and brings a different one to bed with him each night. Pamela shares, “Ralphie is doing awesome! We went to Pet-U-Cation and worked on obedience, though he’s naturally a gentleman. He (usually) asks permission before jumping on the couch, and quietly studies everything we eat at dinnertime.” She adds, “It cannot be stressed enough just how much he loves walks and meeting new people. If a car pulls up or person leaves their house while we are out walking, Ralphie is certain it is because they want to meet him. He’s looking forward to visiting the Smoky Mountains for some hiking this summer!” 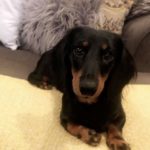 Edward and his doggie friend were at the right place at the perfect time and now are both happily safe and spoiled! While AARF volunteers were in Houston after Hurricane Harvey, our rescue was contacted about two purebred dachshunds that had just been surrendered by their owners. We just couldn’t say no so we added them onto the list of pups and kitties we were taking back to Maryland! Adopter Kelly shares, “Edward is doing wonderful! He and Roxy (my longtime dachshund) are really bonding! Edward loves ‘brushing his teeth’ with greenies, playing tug of war with Roxy, burying his bones anywhere he can, and loves ear scratches. I am so grateful that Edward has come into my life! Thanks to AARF for bringing me the missing piece to my little family! Special thanks to my cousin, Lauren Averella, for taking care of these precious animals and hand picking Edward for us! She’s our hero!” 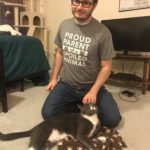 Mo was on the urgent list due to the overcrowding at a local shelter. He found safety through AARF and all his kitty dreams came true once he was adopted by Matt! Mo is now named Grady, and we hear he “is a cat with an attitude who loves to be spoiled.” Matt tells us that Grady doubles as a furry alarm clock that repeatedly nudges against him once the alarm goes off, and he loves to drink from the dripping bathtub faucet, even after he has been given a fresh bowl of water. Matt says, “I made it a point to adopt an adult cat in need of a home and I’m so glad to have come across this special handsome boy. I love him more than anything and I’m so glad that he is given the good life he deserves.” 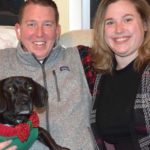 Pavlov was 3 1/2 years old when he was surrendered by his owners because they could no longer care for him. Adopted by Kayla and Jeremy, Pavlov is now a spoiled “only child” who loves to play, enjoys snuggles on the couch, and has “over 100 toys.” This lucky pup has a new leash on life and “is the sweetest, most loving, well behaved little guy,” Kayla tells us. “We could not have asked for a better doggy to have in our lives. It seems like we have always had him.” And get this – Kayla and Jeremy are getting married soon and Pavlov will be a part of the wedding party! 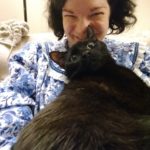 Before Sam was adopted by Molly, he was just a little lost kitten living outside with his siblings. Now named Cato, he is enjoying being an indoor cat and is a big boy weighing 13 lbs! His favorite thing in the world is fetch, which he seems to think he invented. Molly shares, “Cato’s an old soul and we couldn’t love him more. We adopted him two weeks after Nike, my emotional support cat, died at age 22 from lymphoma. I’m convinced that she sent him to me so I’d not go too long without direct feline supervision. I was a little nervous about adding a new kitten so soon, but it was 100% the right thing to honor Nike’s life by giving Cato a family. He sits in her old perch on the back of my chair, and I feel very lucky.” 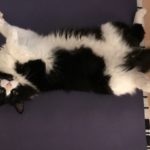 Figaro was scared and confused when his owners moved and left him behind. An AARF volunteer took him to Baltimore County Animal Services (BCAS) for stray hold and the owners were contacted. Unfortunately they didn’t want him as a pet anymore and didn’t care about his future. Cats seem to have nine lives, so Figaro didn’t dwell on his misfortune and looked to the future where he would have a loving home. His second chance arrived and he was adopted by Ning! He now has a kitty sibling and loves to curl up on the bed at night with his humans. “Figaro is doing well at his new house. All our guests love him. Thank you AARF for bringing this wonderful cat to us,” his new mom tells us.

We LOVE sharing these adoption stories of happily ever after and second chances! If you are ready to find the furry love of YOUR life, please check out our adoptable cats and dogs. If you can’t adopt right now, please consider donating, fostering or volunteering! These animals deserve a good life and count on us to be their voice. We can all make a difference if we work together!