Come one, come all and read the latest adoption stories! Congratulations on finding your AARFily ever afters Zeke, Princess Leia, Ginger, Scooter, Bert and Axel! 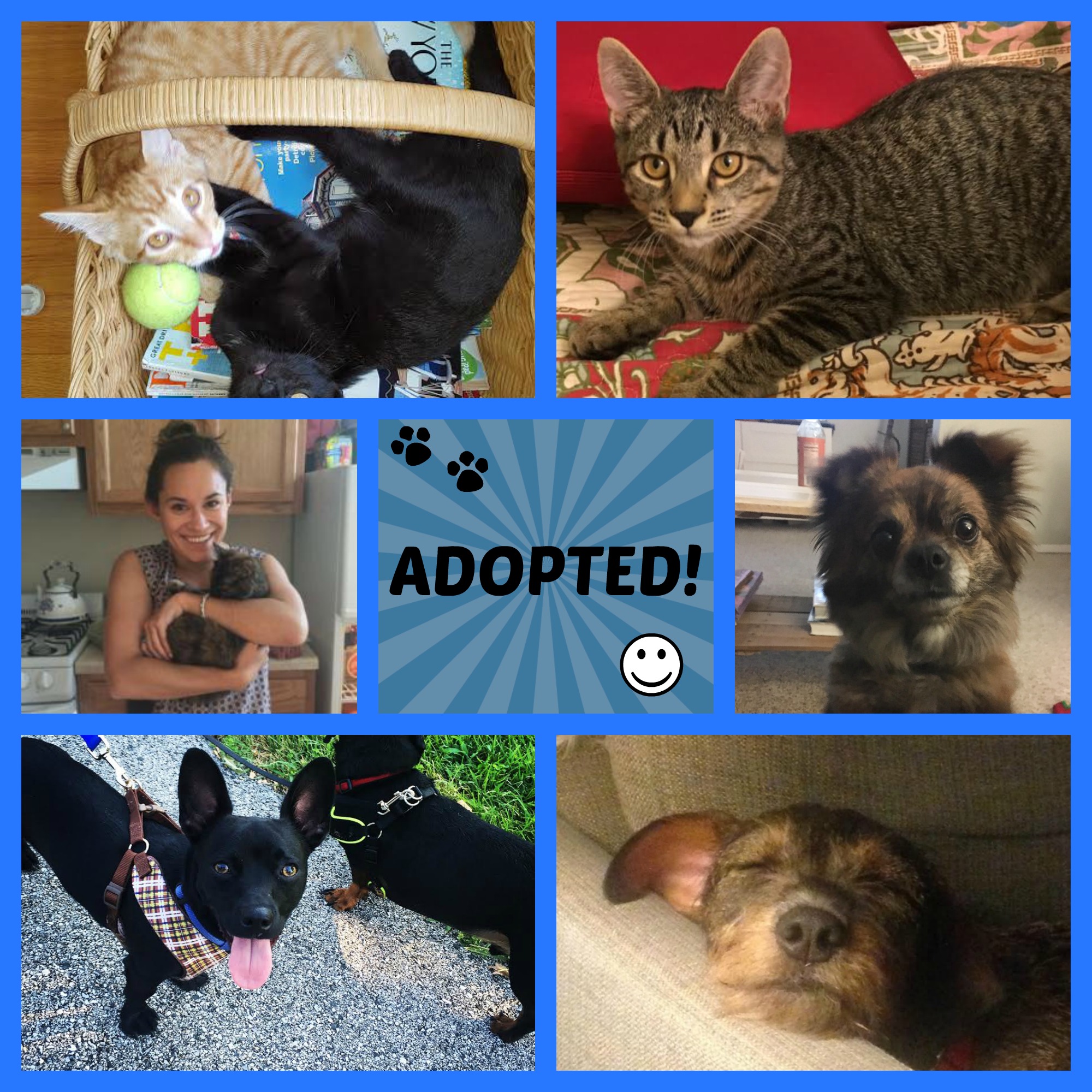 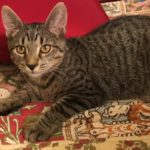 Zeke was just an itty-bitty kitten when he was found in an alley in Baltimore. Samantha adopted him and tells us “Zeke is a very interesting kitten – he loves hugs! When I come home (or whenever he’s in the mood for a hug) he’ll meow until I pick him up, crawl up so his chin is under my chin, and wrap his arms and paws around my neck. It’s adorable! He also plays fetch regularly with his favorite stuffed ball. He’s a very curious little kitten and loves exploring!”

Princess Leia came to AARF through one of our rescue partners, RescueWell, when her owner died and she had nowhere to go. We are happy to report that she was adopted into a loving home with Colleen, who has renamed her Fiona. “She was very timid at first but is now fully out of her shell. She has a spunky little personality. Fiona loves going on walks everyday around the neighborhood and pouncing on any bugs she can find in the grass. She loves playing fetch in the house with her stuffed animals. She also is getting along great with our two cats,” Colleen shared. 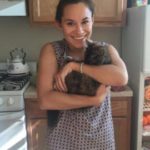 Ginger was one of the lucky kitties that joined our rescue after an email plea was sent from the shelter because they had taken in 33 kittens. It wasn’t long until this cutie found a forever home with Laura! Ginger is now named Penelope and she has settled into her new home with her new mom and her kitty older sister, Zoe. Laura shares “Penelope loves playing with her jingliest toys – and also with Zoe, who loves running around the house with her. She also enjoys sitting in her cat tree or on the windowsill watching birds and other animals out the window. She loves cuddling and belly rubs too but my lap is her favorite place to be!” 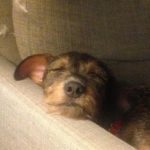 Scooter, a wire-haired Dachshund mix pup, was found on an abandoned residential property in Texas along with two other puppies. They were transported to Maryland in search of a brighter future full of love, walks and food! Amy fell for Scooter and tells us he is doing well! “He has lots of friends in the neighborhood and makes a great impression wherever he goes. Thank you so much for letting us adopt Scooter. I can’t imagine a better dog for us!” 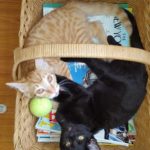 Bert came to us from Tip Me Frederick and was part of the “Sesame Street Gang” litter. This litter had nowhere to go since upper respiratory infections were running rampant in the local shelters. Bert was adopted by Trish and life has been great ever since! Trish told us that “Bert is now Baron. He is a joy. We had adopted a semi-feral kitten named Figaro who needed a buddy to teach him how to be a well socialized cat. Baron and Figaro are best buddies and sleep and play like crazy. It’s been a great success story!”

This adorable puppy with the big ears, named Axel, came to AARF from a Texas shelter. The long journey to Maryland was well worth it since he now has a wonderful new family! His new name is Pete and he loves to chase his dachshund brother Griffin all day and cuddle on the couch with him at night. Adopter Kara tells us “I think his favorite thing – by far – is the toy basket. He pulls every single toy out and rolls all over them! He seems to be loving life! We are so happy to have him! Thank you for all that you do!”

Thank you for reading their stories! If you would like to volunteer with us and get involved, we would LOVE to have you! Please visit www.animalalliesrescue.org for more information.