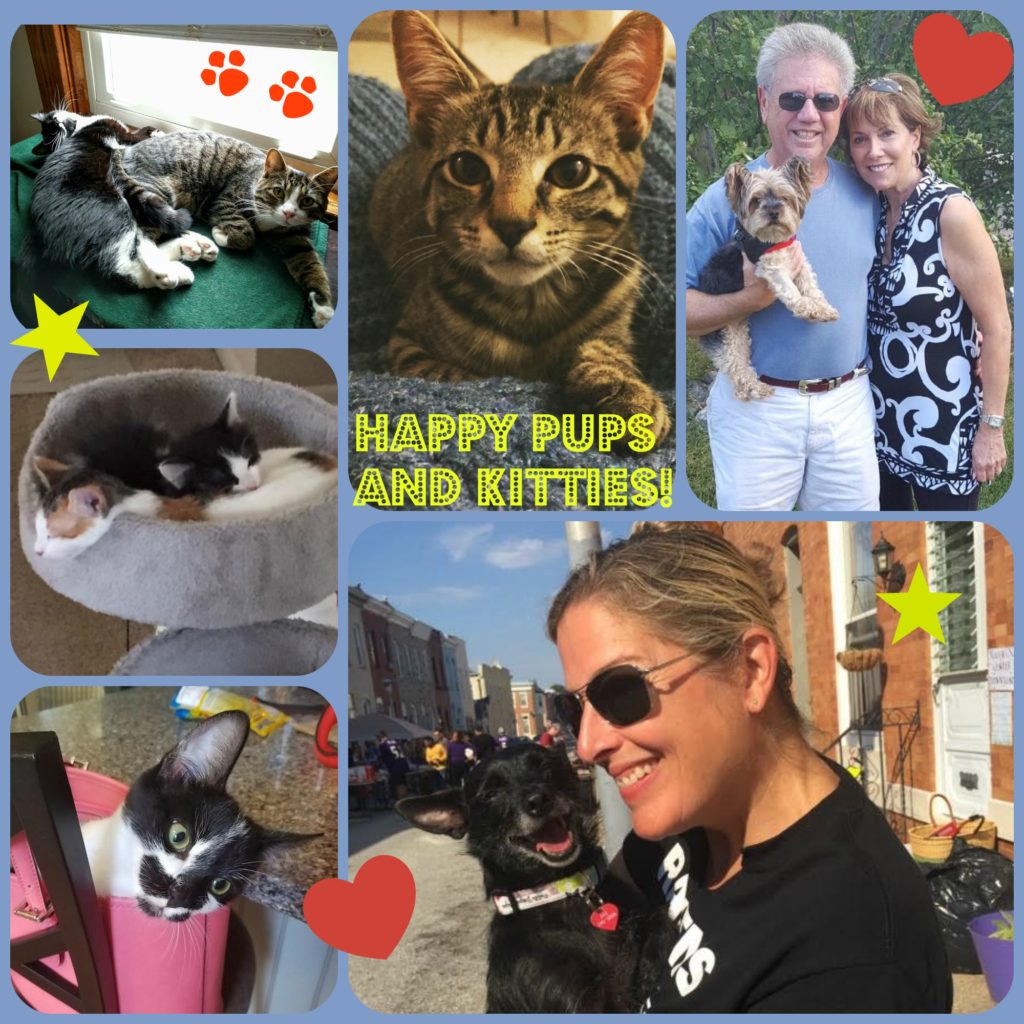 Little Jada was 11 years old when she was surrendered by her owner because she wasn’t home to give her enough attention. A previous adopter from our rescue, Rachel, was all ears when she heard the news and stepped up to be her foster. Caren and her husband found Jada online and fell in love with her immediately! Caren tells us “Our lives have truly changed since we adopted Jada…for the better. She is a true companion. She is very well behaved, has the complete run of the house from day 1 and sleeps with us, too. Car rides are a pleasure…she jumps into her seat and she is calm and relaxed. She always asks for whatever she needs with a little whimper and I know she understands everything we say. My neighbors, children and grandchild all enjoy her friendly behavior.” 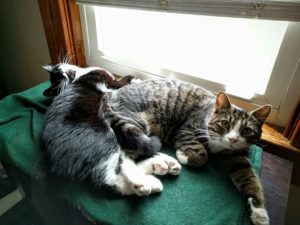 Mishka and Koozya were rescued from a feral cat colony when they were six weeks old and needed care to survive. This bonded pair found a wonderful home with Amanda, who tells us “Mishka and Koozya are doing very well and we love having them around so so much! Koozya is on the shy side but super playful and loves to chase his toys. Mishka is a little piggy who loves to eat and carry a stuffed animal around with him (a teddy bear). We’re so happy to have them and they seem happy to have us too – a great match!” 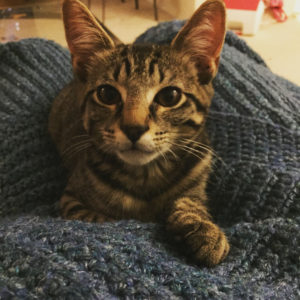 Yeti came to AARF as a kitten from a feral mom. Laura adopted him and tell us that all is well! “Yeti is doing great — his new name is Tony and we just love him so much! Tony loves standing on his hind legs like a bear, so often that we now call him Tony Bear! We are so happy that we were lucky enough to take him home.” 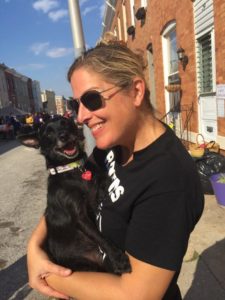 Fife was adopted but returned to BARCS because he did not get along with the other dog in the house. He joined our rescue and now is living happily ever after with his new mom and doggie sister, Lemon. Adoptive mom Julie shares, “He loves to go to the dog park and play with all of the new doggie friends he has made. He sticks close to Lemon and loves to run and chase her. Fife has brought a beautiful dynamic to our little family. We love him so so much and are forever grateful to AARF for allowing such a wonderful little boy to be part of our lives.”

Before Dylan was adopted by Anita, she was living under a bush in the projects across from Camden Yards along with her four brothers. It was a team effort between our volunteers to bring them to safety and foster them until they found their forever homes. Anita tells us that Dylan’s name is now Lilly and she is doing great! She loves to play in boxes and bags as well as Anita’s purse! Lilly is enjoying playing with her toys and her doggie sibling. 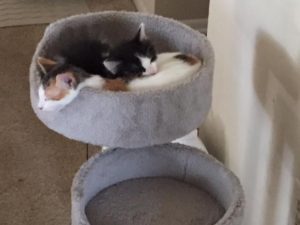 Alli and Bingo were both born in Baltimore to stray cat moms. They found their way to AARF and now are living happily together with adoptive mom Fern! Alli is now called Dutchess, and Bingo, well, is still his name-o! Fern shared that “Dutchess loves to eat! She has a huge appetite and is so spoiled, she could lay and be rubbed and snuggle all day. Bingo loves to watch TV as if he really knows what he’s watching and he loves to look out the window. He’s more independent and doesn’t like to be held much. They both fight over who will lay closest to me in bed at night.”

These pups and kitties found a happy ending and are in loving homes. Take the plunge and join our committed crew of adopters and fosters! Check out our available rescues here.