AARF loves to share the happy tails of our dogs and cats with you! Here are some about Hank, Cas & Shera, Adorable, Blondie, Teeter and Socks! 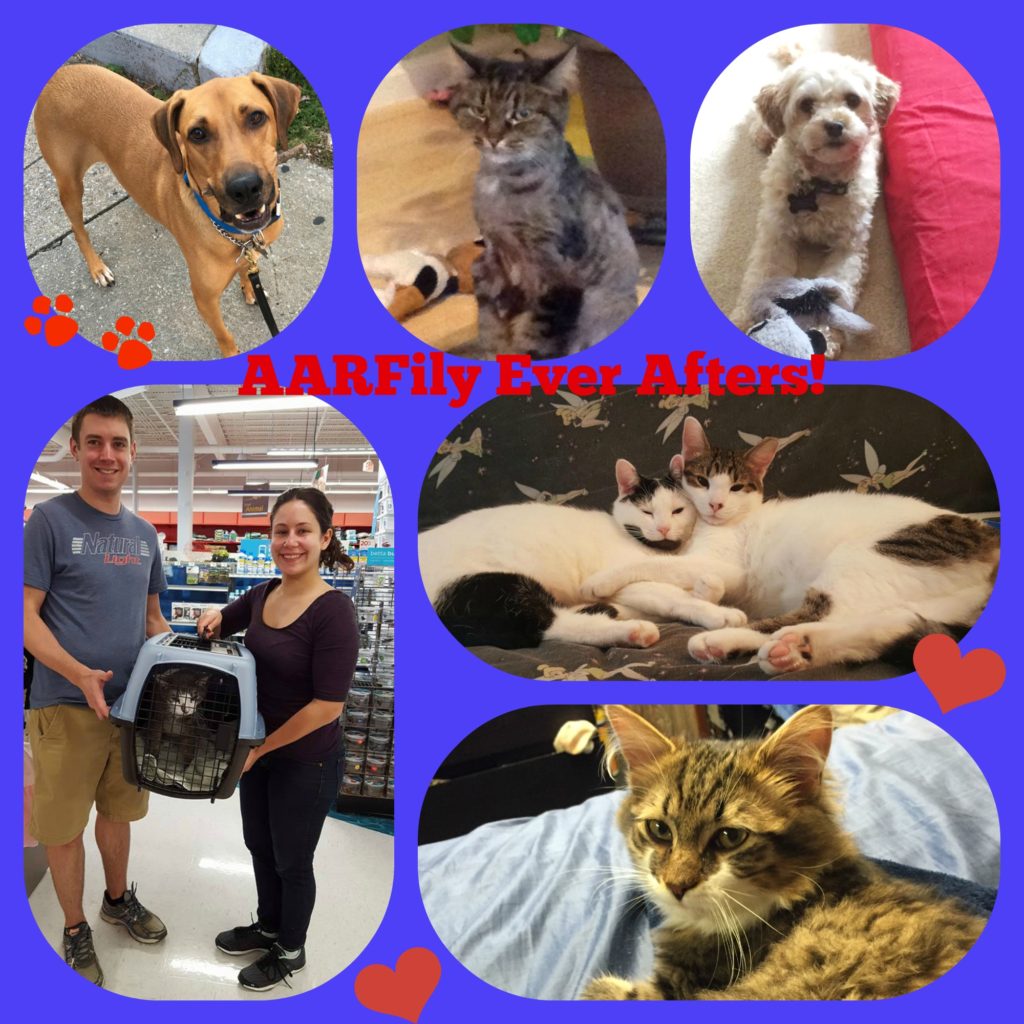 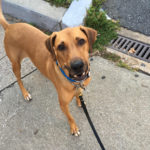 Hank was adopted from a shelter by a couple who later split up and neither could take him. He was surrendered to AARF but found a new home and is super happy! His new mom Gretchen tells us that “Hank is doing great! He loves the dog park and has met lots of friends. He likes wrestling and chasing. We take lots of walks too and he likes to find sticks to take on walks with him! He carried one stick for over a half an hour!” 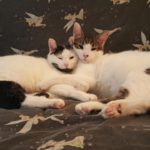 Cas and Shera were at BCAC when they joined our rescue and were fostered by Abbe. We were thrilled when this bonded pair was adopted together by Jessica and Stefan! “We are over the moon happy with our new family members! They are just the sweetest, most lovable cats I’ve ever been around,” Jessica tells us. Cas is now named Mickey, and Shera is named Minnie. Mickey is the adventurous one and likes to climb as high as he possibly can. Minnie likes to follow her owners around the house and wrestle with her brother. “They adjusted right away and we couldn’t love them any more,” Jessica added. 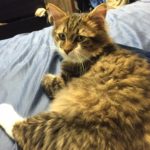 Five-month-old Adorable was dumped in a woman’s yard along with his sister, Sweetness. They were both taken to BARCS then joined our rescue. Adorable has been adopted and is now named Atticus. His new mom Natalie shares “He is so loved by everyone and he loves to snuggle. His favorite toy is feathers on a string attached to a stick. He tore it apart and carries it all over the house. We bought him at least five more, but that old one is still his favorite. He’s an absolute joy!” 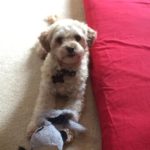 Blondie was posted on Craigslist because her owners felt she needed a quieter home. A second chance has brought her to Peter Paul and Janet’s home! She has a new name – Poppy – and two new doggie siblings. Peter Paul shared with us that “She took a while to mentally transition from being the only dog, to being one of three. Poppy LOVES any squeaky toys and loves to fetch in the evenings, or any time, really. After some fetching, then chomping on her toy, she usually falls asleep right on top of it.” 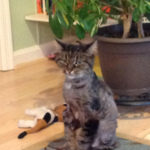 Teeter’s owner passed away and then this sweet senior cat wound up with a neglectful owner. Her beautiful Maine Coon fur was one huge mat and her nails had grown painfully into her paw pads. Teeter was given a lot of TLC by Wanda at Highland Groomery until her forever home was found with Shirley. “Teeter is doing well and she loves people. She has a great personality and loves to race around and play string on a stick and bat toys around. We all love her,” Shirley shared. 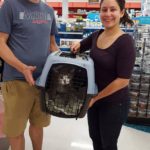 Socks was taken to BARCS by a woman who said he followed her children home from school. He had a severe strangulation injury to his back leg as well as other wounds. His AARFily Ever After came true when he was adopted into a loving home! His mom and dad adopted from AARF last year so now Socks has a kitty brother named Roland. Kiersten informed us that Socks is now named Jax and that he is like a rabbit and can jump super high! “Jax is definitely a silly boy! He loves to stalk and chase Roland. When he’s not playing or wrestling with Roland, he loves to curl up in his cat bed at the very top of the cat tree for a long nap.”

Congratulations to all the homeless pets who have found their AARFily Ever After! Adoption gave these deserving cats and dogs a second chance at love – thank you to those who made it happen!