AARFily Ever After: Sammi, Dosido, Chandler, Blake, Allie and Brendan

A big shout out and congratulations to Sammi, Dosido, Chandler, Blake, Allie and Brendan who have found their forever families! We hope you enjoy reading their meow-velous journeys! 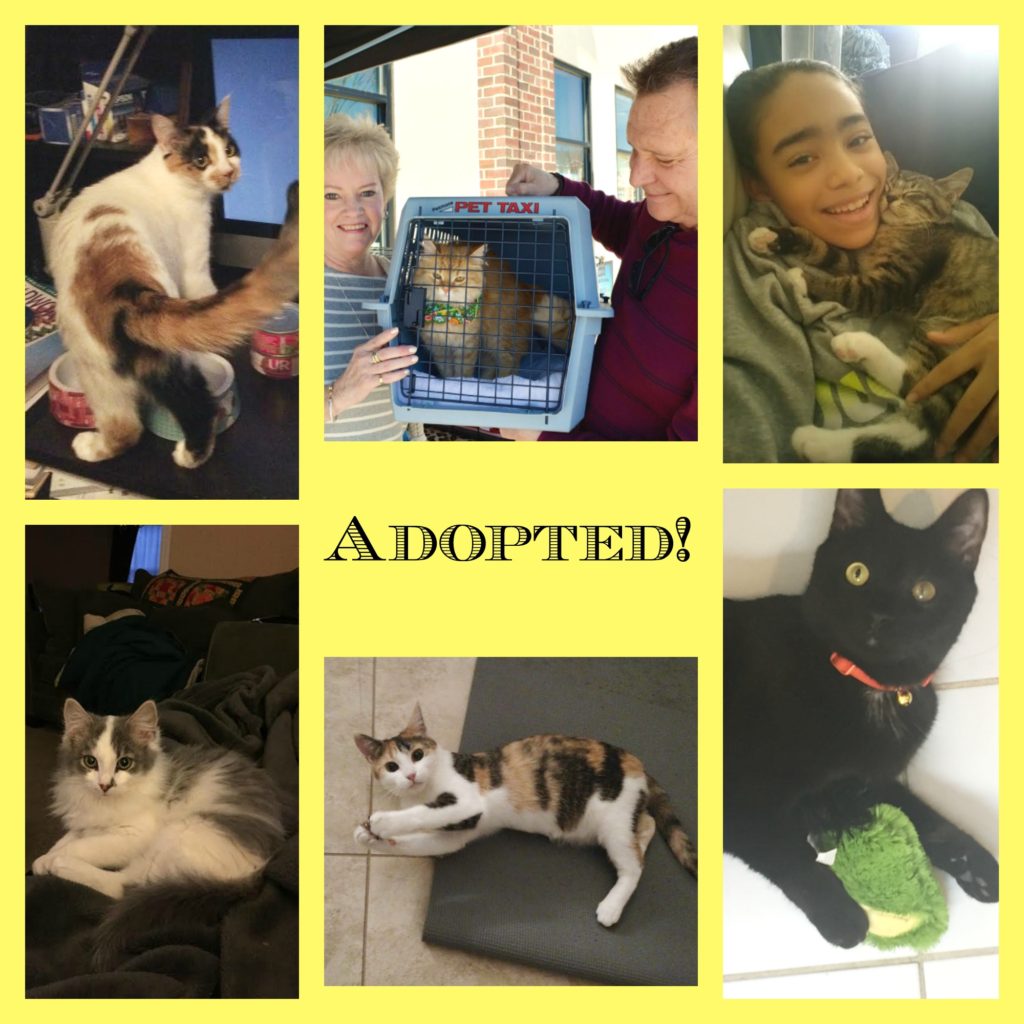 Sammi was one of two kittens born under a porch by a feral mom. As luck would have it, the homeowner, MaryBeth, is an animal lover and decided to help the cats. 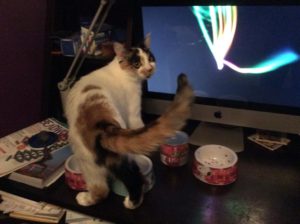 MaryBeth learned about AARF after her law firm, Baker & McKenzie, hosted a wonderful adoption event and fundraiser for our rescue. MaryBeth became a foster for many of our kitties but couldn’t let Sammi go to another home so she adopted her! She tells us that “Sammi is still shy around strangers but she loves her brother and sister (Mac and Dorothy) and is enjoying life. She loves to sit between the shower curtain and liner when I’m taking a shower and she absolutely will shred a roll of toilet paper if I put one on the holder. She also likes to sit in the kitty hammock and watch her feral cousins on my front porch.” 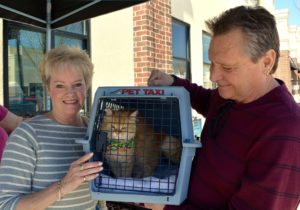 Dosido was a stray from an area where children were burning and hanging cats. A plea from BARCS went out to our rescue to take sweet Dosido and her buddy so that they wouldn’t be returned to the streets. She is now safe and sound and in a loving home with Joe and Mary! They had lost their Bengal kitty to FIP and wanted to get another cat for their Maine Coon, Allie. They went to the foster home of Wanda at Highland Groomery to meet a different cat but wound up falling for Dosido. Joe tells us that “Dosido is now named Savannah, or Sunni, because she is SO bright orange! She is a wonderful little kitty….well not so little now. She and Allie are getting along very well. She gets more affectionate every day. Thanks again for our little girl.” 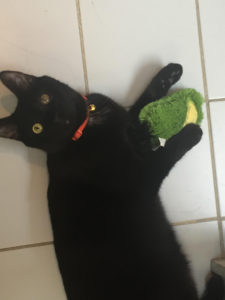 Chandler was only three weeks old when he was found by a Good Samaritan and taken to a local animal hospital. He had conjunctivitis and an upper respiratory infection, but a little TLC by foster mom Belinda had him good as new in no time! His adoptive mom, Sarah, tells us that “Chandler is doing great in our home! He greets us when we come home from work and loves to snuggle by our feet at night. He loves our open stairs and will sit at the top and watch over his new kingdom! He is getting along nicely with his new big brother Chewie, our dog, and they like playing together despite the difference in their sizes. We are very happy we added him to our family!” 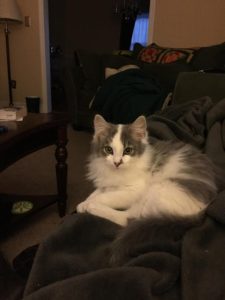 Blake was one of five kittens born to a mama cat who had been abandoned in a neighbor’s yard by the owner. They all became AARFies and were fostered by our wonderful volunteer, Tracy. This lucky kitty has been adopted and is now living with Erika and her husband. They call him Silas, and Erika shares that “He is a very sweet boy with tons of energy and curiosity. Silas’s favorite activities include playing in his kitty tunnel, rolling balls around the house, taking selfies with his mom, chatting at birds outside his windows, and playing fetch. Yes, Silas plays fetch! We’ll be sitting on the couch and he brings us one of his favorite toys and waits for us to throw it…every day! We are so thankful that we were selected to adopt this special guy!”

Allie was a three-month old kitten living in a feral colony when her life changed. She and her siblings were trapped and tamed by volunteer Christine, and are now happy and thriving inside loving homes. Rosemary adopted Allie and tells us she is now named Harley, short for Harlequin. “Harley and my other kitty, Astrid, are getting along really well. When they were just getting to know each other, Harley would bring Astrid toy mice and set them at her feet. The first time, Astrid looked at the mouse, looked at Harley, then grumbled and walked away. But the third time, Astrid stared at Harley for a moment and then began grooming her! They’ve started to play together and now I have the joy of being woken up at 3AM to the sound of two kitties tearing through the house, attacking boxes, and causing all sorts of trouble,” Rosemary shared.

Brendan and his siblings were two weeks old when they were surrendered by their owner. Of course he has no idea how lucky he is that he was given over to rescue, but he is enjoying his life with his new family! Adopter Wendy tells us that “Brendan is doing well. He loves to play hide and seek and loves to follow people around. He also loves sleeping under the covers. He is super loving and very sweet. My daughter and Brendan have a very special bond. He has been a great addition to our family. We love him very much!”