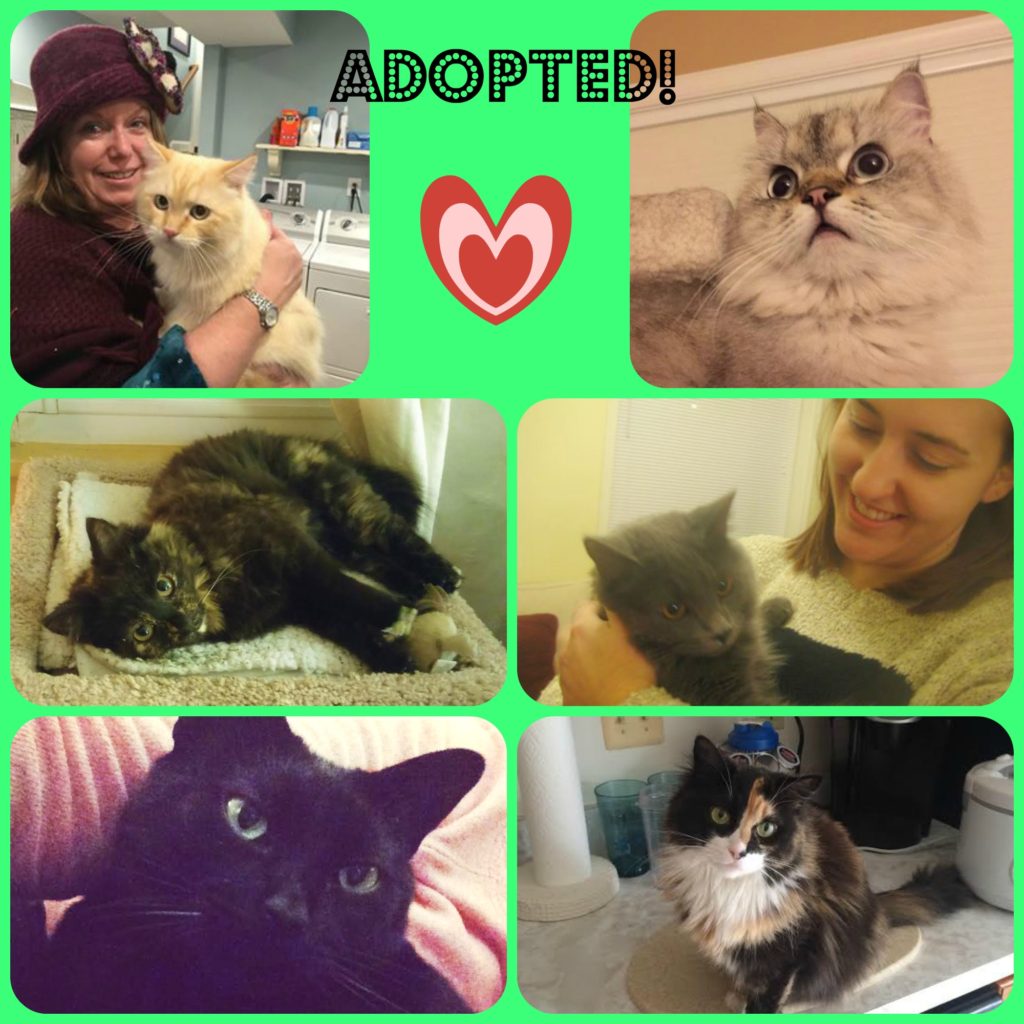 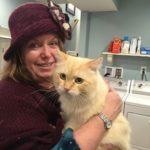 David Bowie was one of many cats that were rescued from a hoarding case in Baltimore. His luck quickly changed when he joined AARF, fostered by the one and only Wanda from Highland Groomery, then adopted by Nora! Nora tells us, “Bowie is doing great! He is so handsome and he has so much personality! My little dog, Rennie, is about the same size as Bowie and they quickly became buddies. They chase one another and take naps together. Bowie has definitely found a permanent home, however, I feel like the lucky one.” 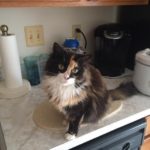 All of our kitties are special, but not all are divas like Casey. This cat made it very clear that she didn’t want just any adopter and that she was willing to wait for the purrfect parent. She was in our rescue quite a while until Kasey came along. Kasey had just lost her beloved kitty but knew she would like another companion. Kasey said, “When I lost my best friend Nellie who I had for 18 years, I knew that it would take a very special cat to fill her shoes. When I first met Casey, I knew instantly that she was the one who was going to fill the hole in my heart.” Casey is now named Meeko and apparently didn’t need a single moment to adjust to her new home – she acts like she owns the place and is being treated like the princess she is! “She used her big green eyes and huge personality to crawl into our lives and there she will stay,” Kasey shared. 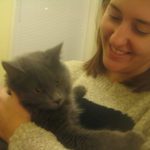 Farryn lived outside ever since she was a kitten because the owners were allergic to her. Once the winter months came, they decided that she really needed a home and that is when they contacted our rescue and offered to sponsor her so she could find her forever family. Farryn is now named Rosie and has been enjoying living indoors with new mom and dad, Angelica and Tommy. They told us that she made herself comfortable in their bed within an hour of being at their house. “She also loves to play and especially enjoys jumping out at us from her favorite cardboard box. She spends the day sunning herself and keeping an eye on the neighborhood from the large windowsill. Many thanks to AARF for their wonderful work, and for joining us with our wonderful furbaby,” Angelica shared. 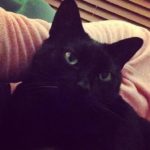 Cactus was a stray kitten who found a home through a local shelter several years ago. Her owners had her declawed and then returned her and another cat to the shelter. She was very overweight and needed some TLC, which she received from an AARF volunteer. Now she is in her forever home with Jennifer who tells us that “Selkie, formerly known as Cactus, is a dream. She is incredibly sweet and has swiftly taken a spot in each of our hearts. Our 3-year-old loves petting and kissing the kitty and she loves the attention from him. Selkie and our pug made quick friends. They snuggle next to each other when they rest. We couldn’t have chosen a more perfect cat! She actually likes to go for walks on a leash outside and is obsessed with a tie-dyed wand.” 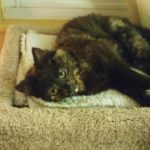 Meredith was a kitten living in a feral colony in White Marsh when her life changed. She and her siblings were trapped and tamed and are now living large inside loving homes. Ilana adopted Meredith, now named Octavia, and tells us that she is a charmer. She likes to spend hours chasing her toys around the house and likes to give a good morning pounce on her humans’ feet. Illana tells us, “She climbs up her perch like a monkey and occasionally tries to climb the curtains as well! When she’s not chasing her toys, she loves looking out the window and watching the birds and squirrels run around.” 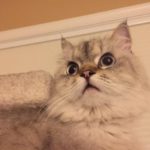 Sweet Phoebe was surrendered to BARCS because she was sick. Franky Fund vets removed a bladder stone and she was good as new! Everyone at the shelter fell in love with this lap kitty, including Michelle who adopted her! Her new name is Gracie and she has two kitty (rescue) siblings and two human siblings. Michelle shared that “Gracie is a fluffy love bug. She is my long sought after lap cat and very social. She sleeps with us every night. Her funniest thing to do we call the 360 – she’ll walk over to a wall, put her two paws on it and look all around her. Looks like her head is doing a 360. So cute!”

We hope you enjoyed these AARFily Ever Afters! To find YOUR new fur-ever family member, please browse our wonderful dogs and cats available for adoption! If you can’t adopt, please consider fostering or donating!