CONGRATULATIONS to Simba, Leggo, Buttons, Ali, Rosie, Jack & Toot! They have been ADOPTED and here are their stories! 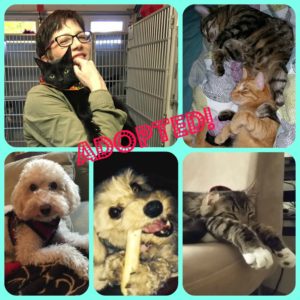 5-year-old Pomeranian SIMBA found himself at a local Baltimore shelter after likely being hit by a car. The vet staff realized that he would need thousands of dollars of orthopedic surgery and so a plea went out to local rescues to step up to help this little guy! AARF rose to the challenge and he was rushed into emergency surgery at Academy Animal Hospital. He had two fractured limbs that needed to be repaired; his right hip and his front right leg. After surgery and close observation at the vet, Rett was the emergency foster, then Elizabeth took over long term and cared for him until he was well enough to be adopted. She took him to all his appointments at the vet and helped rehabilitate Simba’s hip. Unfortunately, after many months, his front leg was not healing as anticipated and therefore it had to 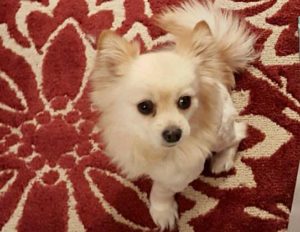 be amputated. Not to fear- this little firecracker took it all in stride and didn’t let his injuries keep him down! Even better: he had a wonderful adopter named Rachel just waiting for him to get fixed up and start his new life with her!

Rachel adopted a Pomeranian from us last year and was looking for another one to join her family. Simba is now named Jupiter and is a happy pup who loves life! Rachel shared “He gets along great with Buddha and the two of them love to bark at the rabbits in the back yard. He loves to cuddle and fall asleep in my lap. Wherever I go he goes. He doesn’t mind a good brushing and showing off his fluffy fur. Jupiter has the heart of a lion and soul of a puppy. He adores playing fetch with his favorite toy and cuddling at night. Jupiter has fully recovered from his leg amputation and he runs and frolics around as quick as can be. He never complained or lost interest in fun activities after the surgery. Jupiter is resilient and full of life. He has made my house complete and is truly a best friend.”  We are so thankful for all those who helped him have a second chance at life. He is now thriving and living out his doggie dreams!

LEGGO was taken to BCAS as a stray and quickly became a staff favorite. She was super friendly with everyone and the staff liked to dress her in cute outfits to encourage adopters. Well, a volunteer at AARF became smitten and she joined our rescue! She was fostered by Caleb and Veronica and then found her forever home. Her new mom, Ruth, shared that “She’s an absolute delight and is perfect for our family.” We hear that Leggo and her new doggie sibling are two peas in a pod and we are thrilled! 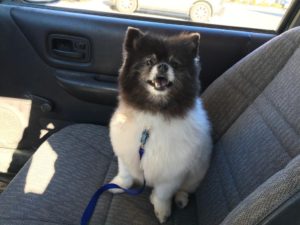 This 8-year-old Pomeranian mix pup named BUTTONS was taken to BARCS when he was found running loose in the streets of Baltimore. He had fleas and very dry skin, as well as some dental tartar, but was ‘cute as a button’ with his underbite. He joined our rescue and it wasn’t long before he was on his way to live with his forever family! “He is such a sweetie! He and our other Pom, Lilly, are about the same age and they have been getting along great! We love him so much and he is such a joy and a blessing to have in our family. Thanks so much for letting us adopt him!” said his new mom, Patti. 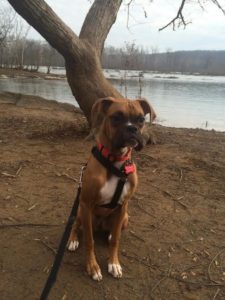 A friend of one of our volunteers reached out about re-homing her daughter’s six-month old Boxer named ALI. We found the perfect foster named Lindsay who was looking for a Boxer pup – it was a match made in heaven and Ali was adopted by her within a few days! Ali is now named Alli (two L’s) and we are told that she is doing great! This lucky pup gets to go hiking and jogging a lot – visiting Great Falls, Rock Creek Park and then lots of cuddling! Lindsay tells us that “We do about 10-15 minutes of obedience training in the morning and at night – she has mastered: sit, lay down, paw, focus, as well as getting the ball, bringing it back, and dropping it. She and our other dog are getting along great. She is beefing up; she was a teeny 27lbs when she was surrendered and she is now about 34lbs.” Lindsay added that “We couldn’t be a better fit for each other! She is a part of our family now, and I can’t imagine our life without her. Thank you to AARF for this great addition to our family.” 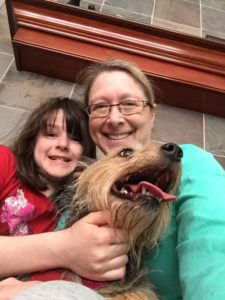 ROSIE joined our rescue after being surrendered to the shelter. Rosie’s owner was moving and wasn’t able to take her so she went into foster care with Kim, a volunteer for us here at AARF. This two-year-old Terrier mix pup found her forever home quickly and now lives with Jan and is reported to be doing great! Jan shared that “She is super sweet and getting along well with my daughter. Her favorite things are playing with her toys and staring out the window, but most of all, running after the squirrels in our backyard. She is very sweet… but she hogs the bed!” 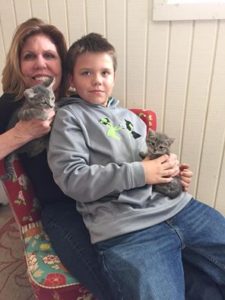 JACK and TOOT found a home together after being fostered by Wanda at Highland Groomery. They were not litter mates but Nancy and her family were looking to get two kittens and they chose these lucky buggers! Jack was born to a feral mom who was taken in by a couple who let her inside to have her kittens so they would be safe and warm. Toot and her sibling were found orphaned at four weeks of age and taken to BCAS.

Adopter Nancy told us that “The kitties are doing just fine; in fact they love hanging out with each other. You can hear them galloping all over the house. It’s so cute when they are wrestling around with each other and playing with their many toys. They have settled in nicely with their new surroundings and family. The girl’s name is still Toot but I changed the boy’s name to Boz (after Boz Scaggs).”

We hope you enjoyed these AARFily Ever Afters! Remember to THINK ADOPTION when looking to find your next best friend– you won’t regret it!