AARFily Ever After – Chico, Chelsea, Trudy, Tito, Barney, and Spot! 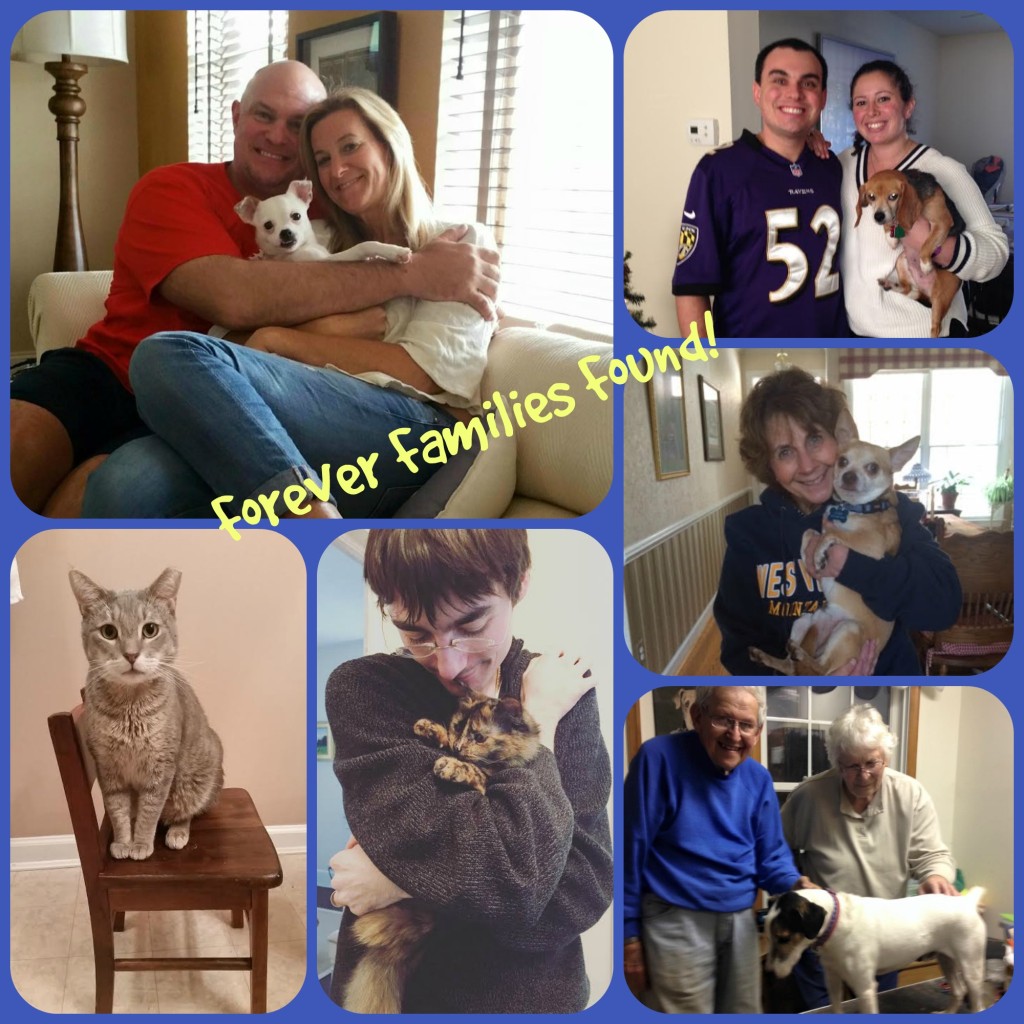 CHICO was found as a stray and listed on a local neighborhood website. The owners were found and he was returned. When he escaped his home again, the owners decided not to return phone calls and were obviously not interested in having him as a pet. Chico never has to run away from home again because now he LOVES his new mom, Linda, and doesn’t leave her side! Chico is now named Cody and we hear that he and Linda are a perfect match. He loves playing ball and will jump in the air to get close to her. 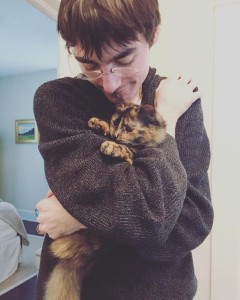 CHELSEA was found as a stray in Northeast Baltimore. Bart, an AARF volunteer, heard her crying from about a block away. When Bart called out to her, she ran up to him. She was very friendly and very hungry. Bart became her foster dad until a forever home could be found for this sweet kitty.

Chelsea now has a meow-velous life and is loving her new home! Her mom and dad, Caitlin and Nick, tell us that “We loved her immediately, and she seemed right at home with us upon arriving at our house.” Some of Chelsea’s favorite activities include eating anything that she can get her paws on and playing with anything that moves, including our toes, her tiny stuffed animals, and the tail of her 10-year-old tortoiseshell sister, Chloe Bear, whose company she enjoys. We adore her and are very thankful that she is now safe and warm; no longer on the streets meowing for someone to come to her rescue. A special thanks to Bart at AARF who answered her call.”

This sweet Beagle mix pup named TRUDY was surrendered to the SPCA by her owner. She arrived at the shelter with skin problems as well as periodontal issues. She was placed in a foster home to help her recover. Both Juliette and Betsy, AARF volunteers, fostered Trudy and helped to find her AARFily Ever After!

Trudy is now in her forever home with Laura and family. Laura tells us that “Trudy is awesome! She has been a great addition to our family. She follows us from room to room, always wanting to be in on the action! She loves to burrow into whatever she can get into (pillows, blankets, even pajamas!) Trudy’s favorite thing to do is eat. She is always super excited when she hears her food bowl getting filled up. Cuddling is a close second! She has brought so much joy into our lives and we couldn’t thank AARF enough for picking us to be her parents!” 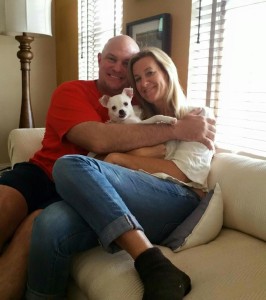 TITO was surrendered by a gentleman that willingly gave him up along with his canine buddy, Stretch. Stretch was found running in the streets near a park. The finder followed the dog to a house, knocked on the door, and told the owner he had been running loose. The owner then asked if she wanted both her dogs because he was trying to get rid of them. The happy ending is that both pups became AARFies and found forever homes where their owners love and cherish them!

Julie and Chris adopted Tito, now named Mickey. They tell us that “He is doing great with other dogs – he loves going running in the woods with us and taking hikes. He is a wonderful addition to our family. He is such a doll baby.” 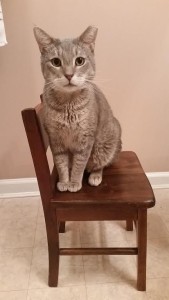 BARNEY ended up at the shelter through the TNR program because he could not be safely released to his found location. He also had an injury to his tail, and unfortunately had to have it amputated. AARF took him in, and he was loved and fostered by Leeann until Kate and Hutch became his forever family! Barney is now named Obie and we understand that he has settled in wonderfully to his new home! He became fast friends with their Great Dane, Rasta, and was a very spoiled kitty at Christmas time. Kate shared that “He loves anything he can chase especially one particular new wand toy. He also gets up and hangs out on the side of the shower when I am in it and has his own little chair in the bathroom where he sits while I get ready for work. My husband and I could not have asked for a more affectionate or just awesome cat in general. Thank you so much for being such a great rescue and giving Obie a second chance that brought him onto our lives.” 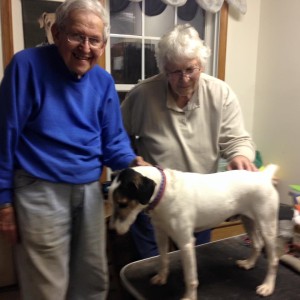 SPOT was taken to the shelter because his family no longer had time for him. His life was lonely and dull as he was left in his crate most of the day and evening. AARF signed him out of BARCS and he was soon on his way to his foster home with Barbara, after a short visit to Academy Animal Hospital. Spot has landed in a great home with a couple that used to raise Airedales for many years and continue to rescue them still today. He enjoys and now lives on a large piece of property with a huge running paddock in which he has access to all day to exercise and play. He is a terrific mouser and is the only dog who has managed to get their older canine Airedales to play. Although his new owners were hopeful Spot could stay focused long enough to aid in a children’s program for learning disabilities, he unfortunately has other plans…playing fetch seems to be a better activity for now. “He has shown progress in his training so possibly in our next update Spot may have some classroom time. You would never know that he is 10 years old — his energy level is like that of a 2-year-old. He is happy, healthy and well exercised,” his new mom and dad shared.

Happy endings is what we like to find for our rescue pups and kitties! They deserve a good life and we are so grateful for those who help them find their way to a loving and forever home! If you wish to volunteer for our organization, we would love to have you join our team. You CAN make a difference- just ask these happy dogs and cats! Woof and Meow!