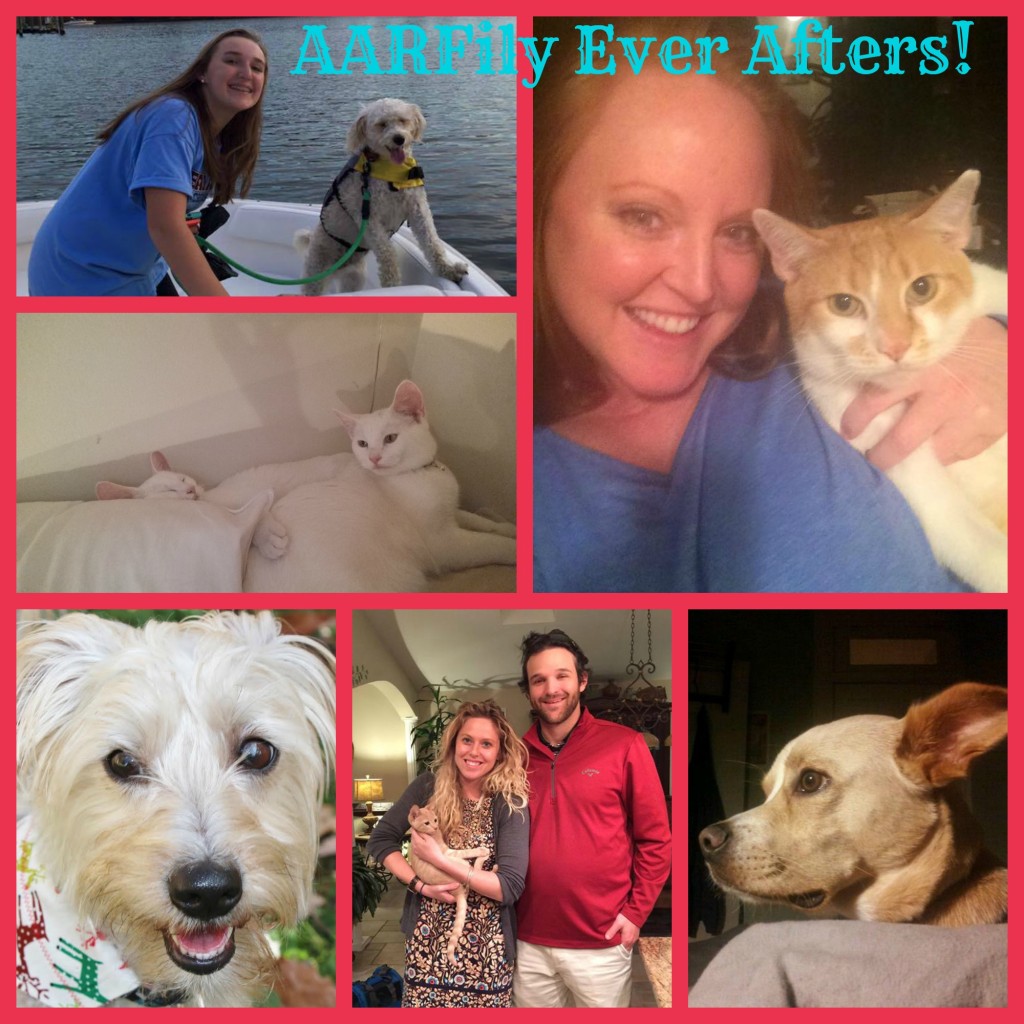 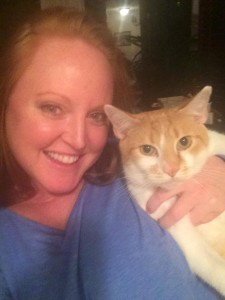 Peggy Sue: This sweet cat was found near AARF volunteer Bart’s house and was assumed to be feral. She walked right up to him and seemed to be pregnant. She was very friendly and so he took her into his home. A vet visit revealed there were no babies, they had been born and assumed deceased. The next day a faint squeak was heard in Bart’s outside basement window well where six kittens were buried under a bunch of leaves! They were alive! Bart fostered Peggy Sue and her kittens until they all found their AARFily Ever Afters!

Peggy Sue’s adopter told us “She is queen of the castle. It is just the two of us and we are a happy little pair. Her name is now Bootsy Cecille. She loves to sit at the top of her ivory tower and watch the birds and jump into bed and meow in my ear to tell me it’s time to get up and feed her. She meows next to any leftover food to direct me to “fluff” it for her before she will finish it! She is very happy and cozy.” 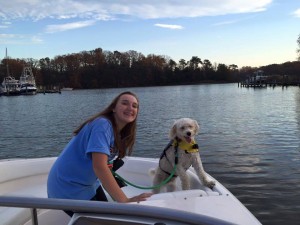 Roo: This one-year-old Schnoodle was given up by his owner because they were moving. He joined our rescue and was cared for by foster mom, Tracy. Several months later he was adopted by his forever family and we are thrilled for him! Roo joined Andra and her family and they just adore him! Andra shared, “We are so happy to have him as part of our family, and AARF has been wonderful to us. Jan was so helpful in getting us through the initial kinks, and she and Kate (the trainer) made the hike to our home to provide us with one-on-one help, which turned out to be invaluable. Roo is doing wonderfully- the kids love him, and my husband who was slightly on the fence with getting a new dog, is his favorite (and the admiration is mutual). Roo is a joy and makes our home a better place.” 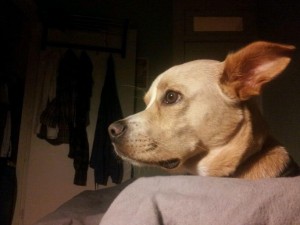 Tater Chip: This puppy didn’t know what was happening when he was surrendered to the SPCA at six months old. He was then adopted and returned twice because of his puppy energy and vocalizations before he came to AARF. When he arrived at the shelter, he was fearful and wouldn’t eat– until the volunteers discovered he liked potato chips! He was fostered by Alisa and thrived in her home. His dream of finding a forever home came true when he found Seth, and we hear all is going great!

Tater Chip is now named Riker and his new dad reported that everyone loves him! Riker has been attending puppy training classes and is learning quickly how to consistently be on his best behavior. “His favorite things to do are adventure walks in the parks around Hampden and destroying new toys with surgical precision. He is also an expert cuddler,” Seth said. 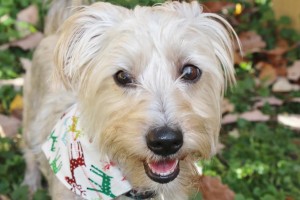 Blue: This little pup was surrendered to BARCS by his owner who could no longer keep him. When he was first placed in a kennel, he was utterly terrified. He was barking and baring his teeth at everyone who approached him and therefore could only go to rescue. He became an AARF dog and went to his foster home with Terry. He was as sweet as pie and was excited when a new home was found for him!

Blue, now named Remy, is living the good life with his new mom Kelly and his doggie brother, Louie. “Remy is so sweet and gentle, but at the same time can spring into play mode. It has been fun watching him play with toys and romp around outside. He is doing well and starting to become more confident.” Added Kelly, “Thanks for all you and your team does to make it possible to rescue pups!!” 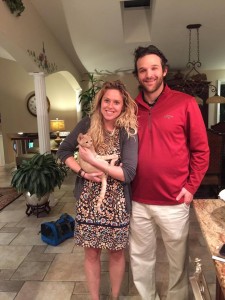 Bart: A really pregnant feral cat was taken in by a couple so she could have her kittens indoors. Bart and his two brothers lived indoors while their mother cared for them, before becoming AARF rescues. Bart was a hit at our November Yoga + Cats event, which happens to be where his new foster mom found him!

We hear that Bart is adjusting very well to his new home and has been named Griffey, after a Seattle Mariners baseball player. Griffey’s new mom tells us “The first night we brought him home, he slept right by my head for the entire night and was very warm and loving! Griffey became best friends with my dog Mollie (a Yellow Lab) right away. He likes to rub his head against Mollie’s face so that she would start licking him and when Mollie is sleeping he will curl up by her legs. Griffey has been a wonderful addition to our family and I am so thrilled to be able to provide him with such a loving home!” 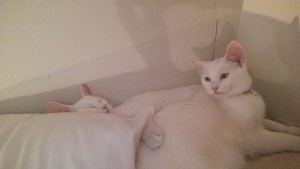 Jasper and Remy: These kittens were 2 months old when they were surrendered to BCAS. Alisha, an AARF volunteer, fostered them until they met their new mom and dad at the Hunt Valley Pet Valu adoption event. YAY!

The kittens are doing great in their new home! They kept Remy’s name but renamed Jasper to Casper. Adopter Christal shared that “They are so funny with their different personalities. Remy is more vocal and dominant. She loves to cuddle and finds a way to get into just about anything that she can. One day I left my drink on the table by accident and when I came back, she was dipping her paw in it and licking it. Casper doesn’t chat as much and he is very quiet when he does. He is a follower and if he sees Remy doing something then he decides to join in. They are such a joy to have and we love them so much. We would like to thank you for giving us the opportunity to provide them with a forever home. We couldn’t imagine life without them.”

We’re so happy for our AARFies who have found their AARFily Ever Afters!