AARFily Ever After – Wrigley, Autumn & Cheetah, Daphne, and Maddox! 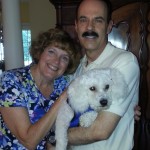 Wrigley’s story: Wrigley came to us from Rescue Well as an owner surrender. This Bichon Frise cutie was fostered by Barbara but is now settled in with his forever family and doing great! He is being spoiled in Centreville, VA by his adopters, Robert and Debbie. He has adjusted to his new life and is even getting along with the cat.

Debbie, shared that “We are so thankful for Wrigley. He is very smart!  He has gotten used to the routine and knows what to do before we even tell him (like going into his crate). When my husband comes home from work, he bends down to greet Wrigley and is showered with kisses. He loves to bring his toy to play fetch (sometimes it’s more like “keep away”). Favorite time of day is when he snuggles with us on the sofa. Thank you for all you do to find dogs a good home, and for choosing us to be his forever home!”

Autumn and Cheetah’s stories: Autumn was found outside of a vacant home c 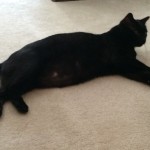 rying in pain. He had a very tight collar embedded into his leg, causing an open wound. He was taken to a local animal shelter and given antibiotics and pain medicine for the infected wound. AARF rescued him and he went into foster care with Wanda at Highland Groomery. 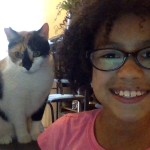 Cheetah was also found as a stray and taken to a local animal shelter. This beautiful Calico cat was found to be in good health and glad to be off the streets, but wanted a forever home to call her own. She also was taken in by our rescue and another spot was opened up for her with our amazing foster, Wanda.

Both of these sweet cats have been adopted and now have a wonderful family and a pawsome life together! Their new mom, Sherri, tells us that “They still have their original names and have adjusted well into the family. Autumn and Cheetah love to play together, and each of them takes turns “waking up” different people in the family. Cheetah loves jumping in empty laundry baskets and boxes. Autumn is the “lap cat”; he loves to snuggle and just hang out.” 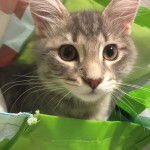 Daphne’s story: Rescue Well received a call on their hotline regarding a stray cat and four kittens in need of rescue. Volunteer, Lynn, went and picked them up and fostered them until forever homes were found.

“We changed Daphne’s name, her name now is Shadow”, adoptive mom, Maria told us. “She is doing very well and adjusted to us very well. My kids love her so much. She and Misty (my other cat) are such a good friends. She cleans Misty and vice versa. She eats a lot, likes to play– she has several toys but her special toys are small balls. She likes to play hide and seek,” Maria added.

Maddox’s story: Before Maddox joined our rescue, he was dropped off at a local shelter because his family 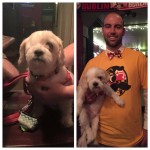 could no longer take care of him. His fur was very matted and he only had one eye (it appeared to have been surgically removed sometime prior).

This lucky dog is now doing great since finding an amazing new home! He is being treated like a king and we hear that he is a neighborhood celebrity! His new mom told us that “His picture has been posted on Facebook by other people in the neighborhood and people love to stop and take pics with him. He is very happy to pose.”