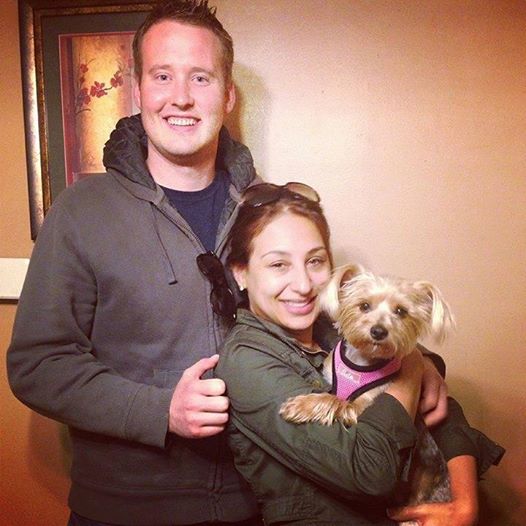 Little PIPER has been ADOPTED!

This adorable pup’s journey began at a local animal shelter. She was taken into rescue and transported to Academy Animal Hospital. From there she was placed into foster care, and finally into her fur-ever home! Piper made the journey in only SIX DAYS! It’s no wonder this sweet baby was quickly adopted; she’s just so darn cute and happy. Adopters Jake and Luciana saw another Yorkie they wanted to adopt at the local shelter, but she was already taken. When Piper became available several days later through AARF, they were thrilled!

Piper, now named Sadie, has a German Shorthaired Pointer brother named Smokey. Smokey is also a very lucky rescue pup. Whether it’s a little pink hair clip from mom, or a Ravens jersey from dad, Sadie is sure to be spoiled like she deserves to be!

Congratulations on finding your AARFily Ever After, Sadie!